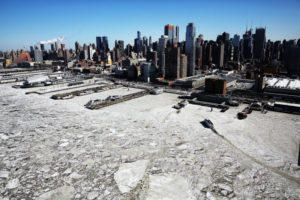 If you are anywhere in the Midwest or the Eastern half of the U.S., it is freezing outside! Temperatures in NYC ranged from 2 degrees (with a wind chill of -14 this morning) to the whopping high of 16 earlier in the day. Time to stay indoors, bundle up, make some hot chocolate and read some Winter poems with your kids.

Today’s offering includes “After the Winter”, by the well-known African-American poet Claude McCay, which is a reminder of how sweet (and warm) life can be when winter is over; Chilean poet Pablo Neruda’s “Ode To My Socks”, a whimsical tribute to a cherished gift of warm socks on a winter’s day; and the GCP favorite, “Those Winter Sundays” by Robert Hayden, a tribute to the hardworking Dads taking care of their families in the dead of Winter. Hayden, who became the first Black member of the University of Michigan’s English Department, went on to teach at Fisk University for over 20 years.

Share these poems with your children, stay warm, and enjoy.

Some day, when trees have shed their leaves And against the morning’s white The shivering birds beneath the eaves Have sheltered for the night, We’ll turn our faces southward, love, Toward the summer isle Where bamboos spire to shafted grove And wide-mouthed orchids smile.

And we will seek the quiet hill Where towers the cotton tree, And leaps the laughing crystal rill, And works the droning bee. And we will build a cottage there Beside an open glade, With black-ribbed blue-bells blowing near, And ferns that never fade.

Ode to My Socks

Maru Mori brought me a pair of socks which she knitted herself with her sheepherder’s hands, two socks as soft as rabbits. I slipped my feet into them as though into two cases knitted with threads of twilight and goatskin. Violent socks, my feet were two fish made of wool, two long sharks sea-blue, shot through by one golden thread, two immense blackbirds, two cannons: my feet were honored in this way by these heavenly socks. They were so handsome for the first time my feet seemed to me unacceptable like two decrepit firemen, firemen unworthy of that woven fire, of those glowing socks.

Nevertheless I resisted the sharp temptation to save them somewhere as schoolboys keep fireflies, as learned men collect sacred texts, I resisted the mad impulse to put them into a golden cage and each day give them birdseed and pieces of pink melon. Like explorers in the jungle who hand over the very rare green deer to the spit and eat it with remorse, I stretched out my feet and pulled on the magnificent socks and then my shoes.

The moral of my ode is this: beauty is twice beauty and what is good is doubly good when it is a matter of two socks made of wool in winter.

Sundays too my father got up early and put his clothes on in the blueblack cold, then with cracked hands that ached from labor in the weekday weather

made banked fires blaze. No one ever thanked him.

I’d wake and hear the cold splintering, breaking. When the rooms were warm, he’d call, and slowly I would rise and dress, fearing the chronic angers of that house, Speaking indifferently to him, who had driven out the cold and polished my good shoes as well. What did I know, what did I know of love’s austere and lonely offices?