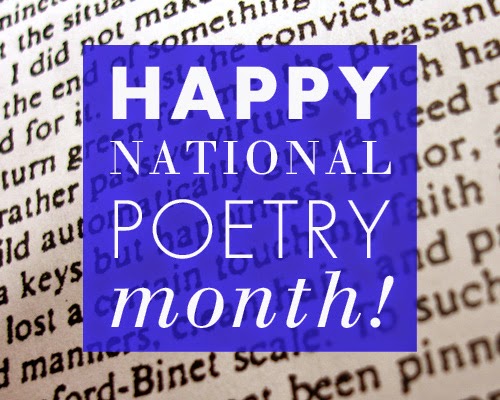 April is National Poetry month, and in honor of this, today’s Thoughtful Thursday will feature two poems about writing poetry. John Brehm’s “The Poems I Have Not Written”, and Billy Collins’ “Workshop,” use humor to offer insight into the poetry writing process. Enjoy.

The Poems I Have Not Written

I’m so wildly unprolific, the poems
I have not written would reach
from here to the California coast
if you laid them end to end.

And if you stacked them up,
the poems I have not written
would sway like a silent
Tower of Babel, saying nothing

and everything in a thousand
different tongues. So moving, so
filled with and emptied of suffering,
so steeped in the music of a voice

speechless before the truth,
the poems I have not written
would break the hearts of every
woman who’s ever left me,

make them eye their husbands
with a sharp contempt and hate
themselves for turning their backs
on the very source of beauty.

The poems I have not written
would compel all other poets
to ask of God: “Why do you
let me live? I am worthless.

please strike me dead at once,
destroy my works and cleanse
the earth of all my ghastly
imperfections.” Trees would

bow their heads before the poems
I have not written. “Take me,”
they would say, “and turn me
into your pages so that I

might live forever as the ground
from which your words arise.”
The wind itself, about which
I might have written so eloquently,

praising its slick and intersecting
rivers of air, its stately calms
and furious interrogations,
its flutelike lingerings and passionate

reproofs, would divert its course
to sweep down and then pass over
the poems I have not written,
and the life I have not lived, the life

I’ve failed even to imagine,
which they so perfectly describe.

I might as well begin by saying how much I like the title.
It gets me right away because I’m in a workshop now
so immediately the poem has my attention,
like the Ancient Mariner grabbing me by the sleeve.

And I like the first couple of stanzas,
the way they establish this mode of self-pointing
that runs through the whole poem
and tells us that words are food thrown down
on the ground for other words to eat.
I can almost taste the tail of the snake
in its own mouth,
if you know what I mean.

But what I’m not sure about is the voice,
which sounds in places very casual, very blue jeans,
but other times seems standoffish,
professorial in the worst sense of the word
like the poem is blowing pipe smoke in my face.
But maybe that’s just what it wants to do.

What I did find engaging were the middle stanzas,
especially the fourth one.
I like the image of clouds flying like lozenges
which gives me a very clear picture.
And I really like how this drawbridge operator
just appears out of the blue
with his feet up on the iron railing
and his fishing pole jigging—I like jigging—
a hook in the slow industrial canal below.
I love slow industrial canal below. All those l’s.

Maybe it’s just me,
but the next stanza is where I start to have a problem.
I mean how can the evening bump into the stars?
And what’s an obbligato of snow?
Also, I roam the decaffeinated streets.
At that point I’m lost. I need help.

The other thing that throws me off,
and maybe this is just me,
is the way the scene keeps shifting around.
First, we’re in this big aerodrome
and the speaker is inspecting a row of dirigibles,
which makes me think this could be a dream.
Then he takes us into his garden,
the part with the dahlias and the coiling hose,
though that’s nice, the coiling hose,
but then I’m not sure where we’re supposed to be.
The rain and the mint green light,
that makes it feel outdoors, but what about this wallpaper?
Or is it a kind of indoor cemetery?
There’s something about death going on here.

In fact, I start to wonder if what we have here
is really two poems, or three, or four,
or possibly none.

But then there’s that last stanza, my favorite.
This is where the poem wins me back,
especially the lines spoken in the voice of the mouse.
I mean we’ve all seen these images in cartoons before,
but I still love the details he uses
when he’s describing where he lives.
The perfect little arch of an entrance in the baseboard,
the bed made out of a curled-back sardine can,
the spool of thread for a table.
I start thinking about how hard the mouse had to work
night after night collecting all these things
while the people in the house were fast asleep,
and that gives me a very strong feeling,
a very powerful sense of something.
But I don’t know if anyone else was feeling that.
Maybe that was just me.
Maybe that’s just the way I read it.