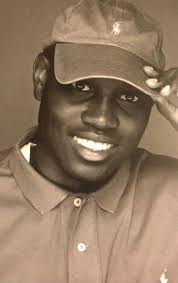 We know this horrific story, we’ve heard it too many times before: On February 23rd, 2020, Ahmaud Arbery, a 25 year old Black man, was shot and killed by two white men as he jogged around his Georgia neighborhood.  For almost three months, no charges were brought against the two men, a father and son who were known by police to have committed this crime. Just this evening, after protests in Georgia and national outrage brought global attention to this shooting,  the two men have been arrested and charged with murder.

In today’s Thoughtful Thursday we offer just one poem: “alternate names for black boys” by Danez Smith.  One poem that speaks volumes.  Share this with your children, as you try to explain to them another senseless murder of a young black man.

1. smoke above the burning bush
2. archnemesis of summer night
3. first son of soil
4. coal awaiting spark & wind
5. guilty until proven dead
6. oil heavy starlight
7. monster until proven ghost
8. gone
9. phoenix who forgets to un-ash
10. going, going, gone
11. gods of shovels & black veils
12. what once passed for kindling
13. fireworks at dawn
14. brilliant, shadow hued coral
15. (I thought to leave this blank
but who am I to name us nothing?)
16. prayer who learned to bite & sprint
17. a mother’s joy & clutched breath