Thoughtful Thursday: Alabama, What Kind of Times Are These?

Thoughtful Thursday: Alabama, What Kind of Times Are These? 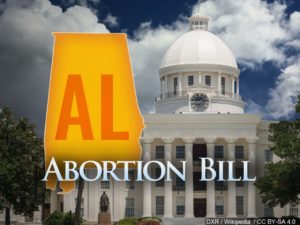 Alabama.  Yesterday Alabama governor Kay Ivey signed into law a bill that outlaws almost all abortions performed in the state. Doctors who perform abortions in Alabama now run the risk of arrest, felony conviction, and a sentence of up to 99 years in prison. As the New York Times recently noted, this sets up a direct challenge to Roe v. Wade, the case that recognized a woman’s constitutional right to end a pregnancy. In 2019, the women in Alabama have effectively lost their right to choose.

Today’s Thoughtful Thursday features a response to Alabama in “What Kind of Times Are These”, a poem by Adrienne Rich (1929-2012). Rich, a widely acclaimed poet and essayist whose work has explored issues of identity, sexuality, racism and politics,  has received many awards for her work, including  a MacArthur “Genius” Award.

The title of this poem which was written in 1995 voices the question many of us have after hearing the news out of Alabama.  And the lines

this is not somewhere else but here
our country moving closer to its own truth and dread,
its own ways of making people disappear

could have been written yesterday or the day before.

Rich ends the poem with

in times like these to have you listen at all, it’s necessary to talk about trees

acknowledging that it is difficult to command attention and get action when tough and uncomfortable issues arise; people would prefer to focus on things less controversial.   And as many have written over the past few days, now is not the time to turn our focus away from Alabama.

Share this poem if you are moved to do so.  Enjoy.

What Kind of Times Are These

There’s a place between two stands of trees where the grass grows uphill
and the old revolutionary road breaks off into shadows
near a meeting-house abandoned by the persecuted
who disappeared into those shadows.

I’ve walked there picking mushrooms at the edge of dread, but don’t be fooled
this isn’t a Russian poem, this is not somewhere else but here
our country moving closer to its own truth and dread,
its own ways of making people disappear.

I won’t tell you where the place is, the dark mesh of the woods
meeting the unmarked strip of light—
ghost-ridden crossroads, leafmold paradise:
I know already who wants to buy it, sell it, make it disappear.

And I won’t tell you where it is, so why do I tell you
anything? Because you still listen, because in times like these
to have you listen at all, it’s necessary
to talk about trees.