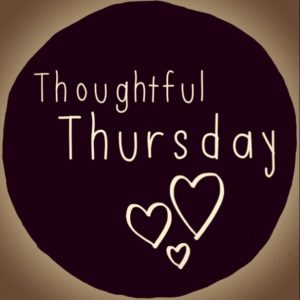 As we continue the celebration of poetry during Black History month, for today’s Thoughtful Thursday we offer selections from four of our great poets. First we have “Frederick Douglass” by the renowned Robert Hayden (1913-1980), the first African American poet to hold the position of Consultant in Poetry to the Library of Congress, which later came to be known as U.S. Poet Laureate. Next is “Caged Bird”, the hauntingly beautiful work of Maya Angelou (1928-2014), our beloved poet, singer, memoirist, and civil rights activist.

In “Race”, Elizabeth Alexander (b.1962), examines the curious phenomenon of a family member “passing” for white and its toll on the family. Alexander, a celebrated poet, critic, and now philanthropist (in her current role as the head of the Mellon Foundation), is perhaps best known for delivering her brilliant “Praise Song for the Day” at President Obama’s 2009 inauguration. And finally, we have “Eddie Priest’s Barbershop & Notary” from Kevin Young, the brilliant poet, poetry editor of the New Yorker, and director of the Schomburg Center for Research in Black Culture. Young paints a vivid picture of the watching, waiting and listening that happens during a trip to the barbershop.

Four poems, each exploring different facets of the Black experience, all written by amazing poets. Share them with your children and enjoy.

When it is finally ours, this freedom, this liberty, this beautiful
and terrible thing, needful to man as air,
usable as earth; when it belongs at last to all,
when it is truly instinct, brain matter, diastole, systole,
reflex action; when it is finally won; when it is more
than the gaudy mumbo jumbo of politicians:
this man, this Douglass, this former slave, this Negro
beaten to his knees, exiled, visioning a world
where none is lonely, none hunted, alien,
this man, superb in love and logic, this man
shall be remembered. Oh, not with statues’ rhetoric,
not with legends and poems and wreaths of bronze alone,
but with the lives grown out of his life, the lives
fleshing his dream of the beautiful, needful thing.

A free bird leaps
on the back of the wind
and floats downstream
till the current ends
and dips his wing
in the orange sun rays
and dares to claim the sky.

But a bird that stalks
down his narrow cage
can seldom see through
his bars of rage
his wings are clipped and
his feet are tied
so he opens his throat to sing.

The caged bird sings
with a fearful trill
of things unknown
but longed for still
and his tune is heard
on the distant hill
for the caged bird
sings of freedom.

But a caged bird stands on the grave of dreams
his shadow shouts on a nightmare scream
his wings are clipped and his feet are tied
so he opens his throat to sing.

The caged bird sings
with a fearful trill
of things unknown
but longed for still
and his tune is heard
on the distant hill
for the caged bird
sings of freedom.

Sometimes I think about Great-Uncle Paul who left Tuskegee,
Alabama to become a forester in Oregon and in so doing
became fundamentally white for the rest of his life, except
when he traveled without his white wife to visit his siblings—
now in New York, now in Harlem, USA—just as pale-skinned,
as straight-haired, as blue-eyed as Paul, and black. Paul never told anyone
he was white, he just didn’t say that he was black, and who could imagine,
an Oregon forester in 1930 as anything other than white?
The siblings in Harlem each morning ensured
no one confused them for anything other than what they were, black.
They were black! Brown-skinned spouses reduced confusion.
Many others have told, and not told, this tale.
When Paul came East alone he was as they were, their brother.

The poet invents heroic moments where the pale black ancestor stands up
on behalf of the race. The poet imagines Great-Uncle Paul
in cool, sagey groves counting rings in redwood trunks,
imagines pencil markings in a ledger book, classifications,
imagines a sidelong look from an ivory spouse who is learning
her husband’s caesuras. She can see silent spaces
but not what they signify, graphite markings in a forester’s code.

Many others have told, and not told, this tale.
The one time Great-Uncle Paul brought his wife to New York
he asked his siblings not to bring their spouses,
and that is where the story ends: ivory siblings who would not
see their brother without their telltale spouses.
What a strange thing is “race,” and family, stranger still.
Here a poem tells a story, a story about race.