For the fifth year in a row, all 240 of Chicago’s Urban Prep Academies seniors have been accepted into over 200 four year colleges and universities. The seniors, all African American young men, celebrated their success at a ceremony where they exchanged the red ties of their daily uniform for the red and gold striped ties signaling their impressive accomplishments. Here they are celebrating: 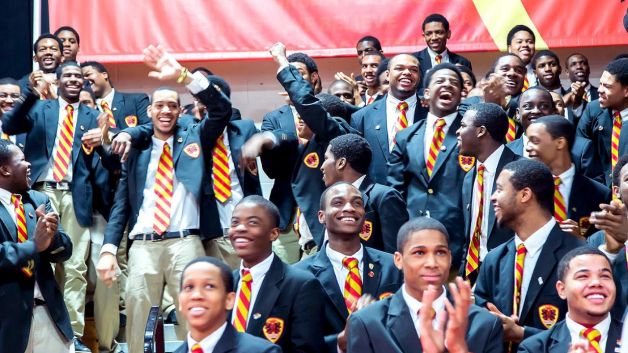 Congrats to the seniors of Urban Prep! You can read a bit more about them here. Check out our previous posts “And Now For Some Good News From Chicago”s Urban Prep” (April 12, 2012) and “More Good News from Chicago’s Urban Prep Academies” (April 1, 2013) to learn more about how well this school has been doing.

In other college admissions news, Harvard University has just accepted the highest percentage of black students ever for the class of 2018, which will start in the fall. Almost 12 percent of the total applicants who were offered admission next fall are black. You can read more about it here.