GCP Live! Talking about Father and Son Dynamics: How to be a Better Parent to Your Son

Home/Experts, Featured, Latest News, Parents, Resources, Uncategorized/GCP Live! Talking about Father and Son Dynamics: How to be a Better Parent to Your Son
Previous Next

GCP Live! Talking about Father and Son Dynamics: How to be a Better Parent to Your Son 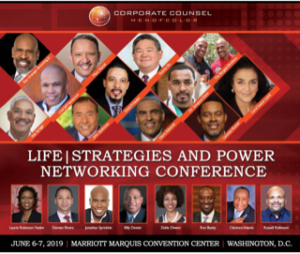 On Friday morning, GCP was LIVE at the Corporate Counsel Men of Color Conference in Washington D.C.  The topic: “Father and Son Dynamics: 10 Ways to Be a Better Parent to Your Son”.  The panelists were Rev. Dr. Grainger Browning, Jr., Senior Pastor of Washington D.C.’s Ebenezer A.M.E. Church; Chef Jeff Henderson, Chef, Author and Host of “Flip My Food”; and yours truly.  Lamman Rucker, an actor who currently stars on the “Greenleaf” series on OWN, moderated the panel.

In response to the question: What major issue do you see as the barrier between fathers and sons, and  what strategy do you recommend to overcome this barrier?“, the panelists made the following comments:

CSL/GCP:  One of the obstacles that can block a great father/son relationship is a father’s total reliance on his own childhood as a guide to parenting his son. Most people if they had a good childhood, parent towards it and if they had a bad one, parent away from it. Not the most helpful guidance.

First, fathers should think about how they were parented, and make an honest assessment of how this impacted them as men.  What were they like as children, and how was their relationship with their father?

Then, they should think about who they are as parents; what are their parenting goals and values for their sons,  what do they believe to be the critically important things that their sons know as they grow up.  It is important to be honest with themselves about what they want in a son—are they dreaming of having a son who loves sports, who loves to read, who acts/thinks just like they do?

Then they have to step away from all of that and think about what their child is like, who he is.  He has his own thoughts and feelings, and is not going to be a carbon copy of either parent.  That is the son they are raising, and so their focus has to be on how to help that young man understand their key values while helping him be the best that he can be (as opposed to how they want him to be).  This is not easy, but it is critically important.

Rev. Browning:  Working fathers face three distinct “P” pressures:  Professional, Personal (their relationship with their spouse) and Parental.  Sometimes the intensity of the professional and personal pressures can have a negative impact on parenting.  A father upset with a work issue or frustrated by a conversation with his spouse may find himself disciplining his son more harshly than needed or even intended.  Before quickly resorting to physical punishment, fathers should ask themselves which of these “P” pressures they are reacting to,  and make sure that the punishment is solely related to his attempt to help his son understand the consequences of his action.   If physical punishment is necessary, fathers should always remind their sons they love them before and after the punishment so that they don’t confuse this circumstance with their father’s feelings toward them.

Chef Jeff:   I didn’t grow up with my father and when I had children at a young age I had no role models to follow.  The first time a man put his hand on my shoulder to comfort me was when I was in prison. So many young men have grown up without a father in the home, or have long running beef with their fathers, so they don’t know how to be good fathers.  It is critical that we reach back into the old neighborhoods and in the prisons to these young men, and talk to them/show them the value of being a devoted father.  This is so important because so many of these young men are going to be out of prison one day—and will need these role models to follow once they get out.

This was an important, emotional and fruitful conversation about fatherhood which we all agreed could have gone on well beyond the time allotted.  Kudos to the Corporate Counsel Men of Color Conference, established and led by Laurie Robinson Haden and David Haden, for including a session on this important topic!