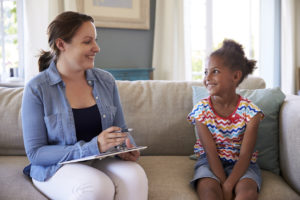 I always encouraged (required, actually) my children’s friends to call me Mrs. Lewis, and I insisted that my children call most adults Mr. or Mrs./Ms. as well. If the parents were really good friends, they became “Aunt” and “Uncle” to our kids, and we were the same to theirs. But that was the only exception.

Once my children started school, it became very clear to me that not everyone shared my perspective. From pre-school on, many moms (and dads) clearly preferred everyone to be on a first name basis. Not only did they want my kids to call them by their first name, they would introduce me to their children as “Carol”. I would have to quickly explain (much to my children’s chagrin) that I preferred the more formal address.

Why the preference? When I was growing up, the adults were always Mr., Mrs. or Miss (this was pre-Ms. days) Last Name.  It was seen as a sign of politeness and respect.    Even in the family business run by my uncle and my father, every employee was known as Mr., Mrs. or Miss.  So clearly it runs deep. And it runs deep for my husband as well: he grew up in Virginia, and adults were always called by their last name or, as is common in the South, Mr. or Miss First Name. He still raises an eyebrow when a high school (or even college) student presumptively refers to him by his first name in person or via email. The poor kid trying to get advice or a job probably has no idea how badly he’s stumbled.

Not to get too deep here, but it is noteworthy that this more formal tradition has roots in the Black community. Historically black people were limited to subservient roles and always were referred to exclusively by their first names, if not “boy” or “gal”.  We wanted the respect of being referred to as Mr. or Mrs. and as soon as we could demand it, we did. Who can forget the climactic scene in “In The Heat of The Night” when Detective Virgil Tibbs (Sidney Poitier) answers the Southern police chief who dismissively asks what people call him back home: “They Call Me Mr. Tibbs!”

But many parents feel this formality is much ado about nothing. They prefer to be called by their first names by everyone, including children. The titles make them feel older; Mr. and Mrs. are their parents, not them. And whether you are respected or not is not dependant upon from some artificially imposed title. Besides, they note, kids grow up, and when your children’s friends are in their twenties and older it’s odd and fairly awkward to continue with this formality.   I get some of these points: now that my kids’ friends are in their 20’s, if I met them today I would not insist upon being called Mrs., and it is hard to make the switch.   And as I get older, being called “Mrs.” and “Ma’am” is starting to wear on my youthful ego.

So is this a generational divide? A cultural one? Some mixture of the two? When I asked a few young African-American mothers what they thought, I got answers ranging from “I don’t want kids calling me by my first name” to “ I am not comfortable insisting on one or the other”, to the explanation that most adults under 50 prefer first names because “they look at children as equals and believe all people deserve equal respect”. Clearly times have changed from when formality ruled, but there doesn’t seem to be any real consensus, so the debate continues. What the moms and I all agreed on, though, is that when introducing children to adults, it is best to ask the adult first what he or she prefers, or assume the formal and let the adult correct if they want to.

I’d love to hear how you handle this in your household, and how you figured it out. Are you a “first name only” parent or do you prefer Mr., Mrs. or Ms.? Do tell!!