Inspirational Black History: Celebrating Some of Our Earliest College Grads

Inspirational Black History: Celebrating Some of Our Earliest College Grads 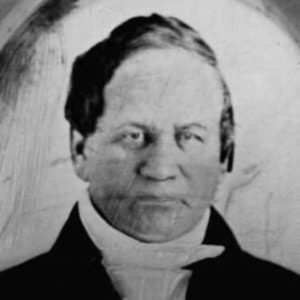 Today, in honor of the last few days of Black History Month, we celebrate the earliest Black graduates from U.S. white colleges. Imagine, almost 200 years ago, young Alexander Twilight was poised to graduate from Middlebury College in 1823, making him the first Black college graduate from a White institution.  To remind you, this was at a time when Blacks were considered sub-human in the eyes of their white counterparts.  This was thirty years before Thomas Jefferson, America’s third President, had the following to say about “the blacks”:

Comparing them by their faculties of memory, reason, and imagination, it appears to me, that in memory they are equal to the whites; in reason much inferior, as think one could scarcely be found capable of tracing and comprehending the investigations of Euclid; and that in imagination they are dull, tasteless, and anomalous…[N]ever yet could I find that a black had uttered a thought above the level of plain narration..  Jefferson’s Notes on the State of Virginia

We need to know our history of scholarship and share it with our children.  We must highlight the brilliance, fortitude and perseverance of our people.  Many know the stories of our historical leaders; the stories of these early scholars are important as well.  Here is a list, compiled with the help of The Journal of Blacks in Higher Education   (and some additions from modern day alums), of the earliest Black graduates of white Colleges (women in blue):

All you college grads out there, do you know the first Black grad of your school?  Of your grad school? Vivian Malone was the first black person to graduate from the University of Alabama, in 1965.  Yep, 142 years after Alexander Twilight switched his tassel and threw his mortarboard into the air,  Vivian Malone received her degree after overcoming Gov. George Wallace’s efforts to block her enrollment.

Find out in the firsts from your school, and send them in to GCP–in comments here, on LinkedIn, Facebook, however you get this blog.  Not just from the white institutions–from all of them.  HBCU grads, who was at the top of your school’s earliest graduating class? We’ll post it all, even if it is after “our month”.  We need to honor their strength, and applaud their scholarship.  Our educational legacy must be celebrated, and it is up to us to do so.