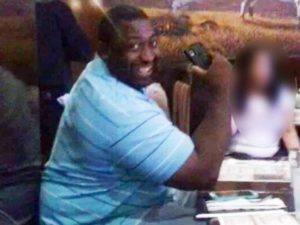 There will be just one poem for today’s Thoughtful Thursday.  “A Small Needful Fact”,  by Ross Gay, pays tribute to Eric Garner, whose life was ended in 2014 by a police officer’s illegal and deadly chokehold during an attempt to arrest him.  The medical examiner ruled the death a homicide.  A Staten Island grand jury decided not to indict the police officer and that same day in 2014  the Department of Justice announced that it would conduct an independent investigation.  This week, five years later, the Department of Justice decided to drop the investigation and not to bring any federal charges against the police officer.  This officer is still on the NYC police force.

Is that Eric Garner worked
for some time for the Parks and Rec.
Horticultural Department, which means,
perhaps, that with his very large hands,
perhaps, in all likelihood,
he put gently into the earth
some plants which, most likely,
some of them, in all likelihood,
continue to grow, continue
to do what such plants do, like house
and feed small and necessary creatures,
like being pleasant to touch and smell,
like converting sunlight
into food, like making it easier
for us to breathe.