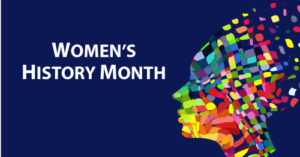 Toni Morrison (1931–2019), while best known for her critically acclaimed and prize winning novels, wrote one volume of poetry, Five Poems (Rainmaker Editions, 2002), which features poems alongside illustrations by Kara Walker. The first of these poems, “Eve Remembering”, gives Eve’s unapologetic view of that fateful day in the Garden of Eden.

June Jordan (1936-2002) was a beloved and award winning poet, playwright, activist, children’s book author, and political essayist who had an unwavering commitment to human rights and political activism.  She believed that “the task of a poet of color, a black poet, as a people hated and despised, is to rally the spirit of your folks.” She did so with her numerous volumes of poetry, plays and essays, and by teaching at many universities including Yale, State University of New York-Stony Brook, and the University of California-Berkley.  Her extensive list of fans includes Toni Morrison, who wrote of Jordan’s career:  “I am talking about a span of forty years of tireless activism coupled with and fueled by flawless art.”

Jordan’s poem “Oughta Be a Woman” reminds us that the women who raised us and cared for us, our rocks, deserve care, compassion, and rest.  Once you’ve read it, listen to how it  was beautifully set to music by the acapella group Sweet Honey in the Rock.

I tore from a limb fruit that had lost its green.
My hands were warmed by the heat of an apple
Fire red and humming.
I bit sweet power to the core.
How can I say what it was like?
The taste! The taste undid my eyes
And led me far from the gardens planted for a child
To wildernesses deeper than any master’s call.

Now these cool hands guide what they once caressed;
Lips forget what they have kissed.
My eyes now pool their light
Better the summit to see.

Oughta Be a Woman

The fathers, the children, the brothers
Turn to her and everybody white turns to her
What about her turning around
Alone in the everyday light