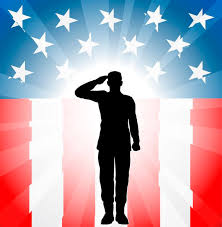 Komunyakaa served in the United States Army from 1969 to 1970 as a correspondent; he was the managing editor of the Southern Cross during the Vietnam war, for which he was awarded a Bronze Star. He began writing poetry in 1973 and has won numerous awards, including a Pulitzer Prize, for his poetry. In “Thanks” Komunyakaa offers his gratitude for  having remained safe during battles,  and in “Facing It” he reflects on his visit to the Vietnam War Memorial in Washington, D.C.

Thanks for the tree
between me & a sniper’s bullet.
I don’t know what made the grass
sway seconds before the Viet Cong
raised his soundless rifle.
Some voice always followed,
telling me which foot
to put down first.
Thanks for deflecting the ricochet
against that anarchy of dusk.
I was back in San Francisco
wrapped up in a woman’s wild colors,
causing some dark bird’s love call
to be shattered by daylight
when my hands reached up
& pulled a branch away
from my face. Thanks
for the vague white flower
that pointed to the gleaming metal
reflecting how it is to be broken
like mist over the grass,
as we played some deadly
game for blind gods.
What made me spot the monarch
writhing on a single thread
tied to a farmer’s gate,
holding the day together
like an unfingered guitar string,
is beyond me. Maybe the hills
grew weary & leaned a little in the heat.
Again, thanks for the dud
hand grenade tossed at my feet
outside Chu Lai. I’m still
falling through its silence.
I don’t know why the intrepid
sun touched the bayonet,
but I know that something
stood among those lost trees
& moved only when I moved.

My black face fades,
hiding inside the black granite.
I said I wouldn’t,
dammit: No tears.
I’m stone. I’m flesh.
My clouded reflection eyes me
like a bird of prey, the profile of night
slanted against morning. I turn
this way—the stone lets me go.
I turn that way—I’m inside
the Vietnam Veterans Memorial
again, depending on the light
to make a difference.
I go down the 58,022 names,
half-expecting to find
my own in letters like smoke.
I touch the name Andrew Johnson;
I see the booby trap’s white flash.
Names shimmer on a woman’s blouse
but when she walks away
the names stay on the wall.
Brushstrokes flash, a red bird’s
wings cutting across my stare.
The sky. A plane in the sky.
A white vet’s image floats
closer to me, then his pale eyes
look through mine. I’m a window.
He’s lost his right arm
inside the stone. In the black mirror
a woman’s trying to erase names:
No, she’s brushing a boy’s hair.