Thoughtful Thursday: On Being Called “Articulate” and The Nod

Thoughtful Thursday: On Being Called “Articulate” and The Nod 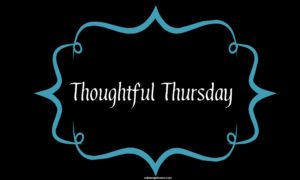 In today’s Thoughtful Thursday we feature two poems that highlight touchy subjects in the Black community: being called “articulate” and the head nod.

I learned the definition of “articulate” from my uncle Percy Sutton, who included in its definition the fact that you should not regard it as a compliment when white people directed it at you.  Uncle Percy, a politician and businessman with a crisp, clear speaking voice, was regularly called articulate, and  winced whenever he heard it.  When a white person called you articulate, he explained, they were suggesting that Black people speaking proper English clearly was a special feat, rather than the normal course.  Never let them undermine you with their diminished expectations, he warned. Words I took to heart.  When I read the first line of “You Are So Articulate with Your Hands” by Joshua Bennett, I felt an instant kinship with the poet and had to read more.

When my children were younger my husband and I wanted to make sure they understood “the nod”, even though as they traveled through their predominantly white school and neighborhood I knew they would have less of a chance to regularly use it.  Perhaps it was because of this that I was insistent; I wanted to be sure they knew what to do with the few Black folks they’d encounter on a daily basis.  Of course I was not alone in this perspective; Kenya Barris devoted an entire episode of “Blackish” to teaching his children the nod.  These days, I find the nod to be affirming and uplifting whenever it happens.  My kids do it with their friends (more the boys than my daughter–is the nod more of a male thing?) and I am satisfied that it will outlive my generation.

In “Ode to the Head Nod”,  poet Elizabeth Acevado is offended by an editor’s attempt to alter her description of the “head nod” to just “nod”.  She explains:

I am working on a series of odes based on small gestures: how Dominicans point with our mouths, how children learn intimacy through childhood games, how Black folks say hello with a head nod. This poem is very much based in the literal situation: can a piece of text hold the friction of a writer writing specifically about such in-group gestures being edited by a well-meaning outsider who ‘corrects’ the language? I wanted to sit with what it means to not only have language lost in translation, but being told even our embraces, our greetings, often color outside the lines of the literary stylebook.

Just saying, I’ve known it as “the nod”, not the “head nod”, but I feel her pain of having someone tell you the “right” way to tell your story. (Btw, am I out on a limb on this?  Do most people say “head nod”?  Let me know in the comments below, do I have to turn in my black card?)  For the purposes of  this Thoughtful Thursday I will accept  “head nod”, and await your responses.

A lot of preamble to the poetry today, but felt the need to give context.  Share these with your children, make sure they know about being called articulate and the nod, and enjoy.

You are so Articulate With Your Hands

she says & it’s the first time
the word doesn’t hurt. I respond
by citing something age-inappropriate
from Aristotle, drawing mostly
from his idea that hands are what make us
human, every gesture the embodiment
of our desire for invention or care & I’m not
sure about that last part but it seemed
like a polite response at the time
& I’m not accustomed to not needing
to fight. If my hands speak with conviction
then blame my stupid mouth for its lack
of weaponry or sweetness. I clap when I’m angry
because it’s the best way to get the heat out.
Pop says that my words are bigger
than my mouth but these hands
can block a punch, build a bookcase,
feed a child & when’s the last time
you saw a song do that?

Ode to the head nod

limited understanding of greetings              & maybe
this is why my acknowledgements are so long;

didn’t we learn this early?
to look at white spaces