On this Thoughtful Thursday, as temperatures drop below freezing in the North East, our thoughts turn to poems about the chill of winter.  And so it is time to revisit an old GCP favorite, “Those Winter Sundays” by Robert Hayden.  While its title and some of its vibrant imagery evoke winter’s chill, at the core of the poem is a son acknowledging his admiration and love for his father. A perfect winter poem for GCP!

First let’s meet the poet: Born in 1913, Robert Hayden grew up in an impoverished African-American section of Detroit and was adopted by a neighbor at the age of two when his mother could no longer afford to keep him. His adoptive family nurtured Hayden’s early literary interests, and as a teenager, he avidly read the poetry of the Harlem Renaissance as well as the poems of Edna St. Vincent Millay and Carl Sandburg. While in college Hayden studied with the English poet W.H. Auden. He spent his career writing poetry (for which he won many awards) and teaching, first at the University of Michigan, then at Fisk University for twenty-three years, then returning to Michigan in 1969 to complete his teaching career.

In 1976 Hayden was the first African-American to serve as Consultant in Poetry to the Library of Congress, the post now called U.S. Poet Laureate. He died in 1980. “Those Winter Sundays” is considered his most famous poem. Share this with your sons and daughters and enjoy. 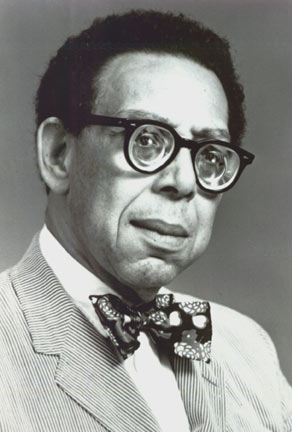