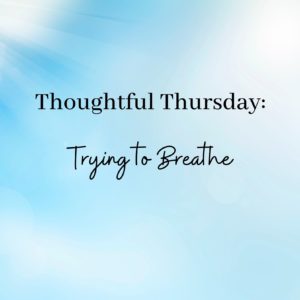 Whenever some racially based fresh hell befalls a Black person we at GCP, along with so many others, are compelled to cry out.  Sometimes we write about how to talk to our children about the latest horror, trying to walk that fine line between telling them the way of the world to help build their armor and scaring them so much that it shrinks their senses of themselves and their possibilities. And sometimes the weight of all of this, especially in the midst of a pandemic that is disproportionately killing black and brown people, is  just too heavy to be lightened by outrage or by a focus on how to protect our kids.

So on this Thoughtful Thursday, we will try to lift this weight a bit with poetry. We turn to poets and their vision to put words to our despair and to help clarify our perspective.  We begin with “4/30/92 for Rodney King” by Lucille Clifton (1936-2010), whose poem for Rodney King could easily have been written for George Floyd.  Then onto “not an elegy for Mike Brown” by Danez Smith, which laments the ongoing parade of destroyed black lives.  On to “What Kind of Times Are These” by Adrienne Rich (1929-2012), which speaks to the regularity of horrors on American soil.

And finally, “Respiration” by Jamaal May (b. 1982), in which he explores the importance of breathing.  This Thoughtful Thursday is subtitled “Trying to Breathe”, because breathing is getting harder and harder for us to do. We can’t breathe when we catch Covid-19 because our jobs are essential and our local hospitals don’t have enough ventilators for us; we can’t breathe because a racist police officer won’t get his knee off our neck.  When we escape to nature to try to breathe, some entitled Karen threatens to end us, because she feels comfortable in her power to do so.

Share these poems with your family. Use them to help you bear the weight of these times.

not an elegy for Mike Brown

I am sick of writing this poem
but bring the boy. his new name

his same old body. ordinary, black
dead thing. bring him & we will mourn
until we forget what we are mourning

& isn’t that what being black is about?
not the joy of it, but the feeling

you get when you are looking
at your child, turn your head,
then, poof, no more child.

think: once, a white girl

was kidnapped & that’s the Trojan war.

later, up the block, Troy got shot
& that was Tuesday. are we not worthy

of a city of ash? of 1000 ships
launched because we are missed?

always, something deserves to be burned.
it’s never the right thing now a days.

I demand a war to bring the dead boy back
no matter what his name is this time.

I at least demand a song. a song will do just fine.

look at what the lord has made.
above Missouri, sweet smoke.

What Kind of Times are These?

There’s a place between two stands of trees where the grass grows uphill
and the old revolutionary road breaks off into shadows
near a meeting-house abandoned by the persecuted
who disappeared into those shadows.
I’ve walked there picking mushrooms at the edge of dread, but don’t be fooled
this isn’t a Russian poem, this is not somewhere else but here,
our country moving closer to its own truth and dread,
its own ways of making people disappear.
I won’t tell you where the place is, the dark mesh of the woods
meeting the unmarked strip of light—
ghost-ridden crossroads, leafmold paradise:
I know already who wants to buy it, sell it, make it disappear.
And I won’t tell you where it is, so why do I tell you
anything? Because you still listen, because in times like these
to have you listen at all, it’s necessary
to talk about trees.
Adrienne Rich
Respiration
A lot of it lives in the trachea, you know.
But not so much that you won’t need more muscle:
the diaphragm, a fist clenching at the bottom.
Inhale. So many of us are breathless,
you know, like me
kneeling to collect the pottery shards
of a house plant my elbow has nudged
into oblivion. What if I sigh,
and the black earth beneath me scatters
like insects running from my breath?
Am I a god then? Am I insane
because I worry about the disassembling of earth
regularly? I walk more softly now
into gardens or up the steps of old houses
with impatiens stuffed in their window boxes.
When it’s you standing there with a letter
or voice or face full of solemn news,
will you hold your breath before you knock?
Jamaal May
By groundcontrolparenting|2020-05-28T16:04:58-04:00May 28th, 2020|Ages 13-15, Ages 16-18, Cultural, Featured, Latest News, Thoughtful Thursday, Uncategorized|0 Comments