Today’s Thoughtful Thursday post is a poem called “The Bridge Builder” by Will Allen Dromgoole (1860-1934). This poem comes courtesy of Mayor David N. Dinkins, former mayor of New York City. Mayor Dinkins often recites this poem in his speeches, especially in when he is talking to groups of children. This poem reminds us all of the importance of reaching back to help others. 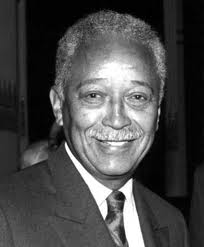 An old man, going a lone highway,
Came at the evening cold and gray
To a chasm vast and deep and wide
Through which was flowing a swollen tide.
The old man crossed in the twilight dim;
The rapids held no fears for him.
But he turned when safe on the other side
And built a bridge to span the tide.

“Old man,” cried a fellow pilgrim near,
“You’re wasting your time in building here.
Your journey will end with the closing day;
You never again will pass this way.
You have crossed the chasm deep and wide;
Why build you this bridge at even-tide?”

The builder lifted his old gray head.
“Good friend, in the path I have come,” he said,
“There follows after me today
A youth whose feet must pass this way.
This stream, which has been as naught to me,
To that fair youth may a pitfall be.
He too must cross in the twilight dim —
Good friend, I am building this bridge for him.”